Part 1:
What is PAX? It’s a fast paced, hectic, chaotic, no-sleep-‘till-Brooklyn, rub elbows with over 70,000 (perspectively) of your closest gamer geek friends weekend. Take what you know or may have experienced from any ComiCon and amp it up a few million Notches or so.  It’s exhausting.
Was it worth it from being over-stimulated by this mecca of games from every possible designer, to experience the cutting-edge of interactive storytelling, the need to  rush  to every panel, every concert and after dance parties possible?
In short, Yes. Oh God, yes.

I present to you my dear reader a one- player POV montage of what happens in the space of a 4 -day, gaming-filled, caffeine/sugar-fueled weekend.
Round 1: Preparation. 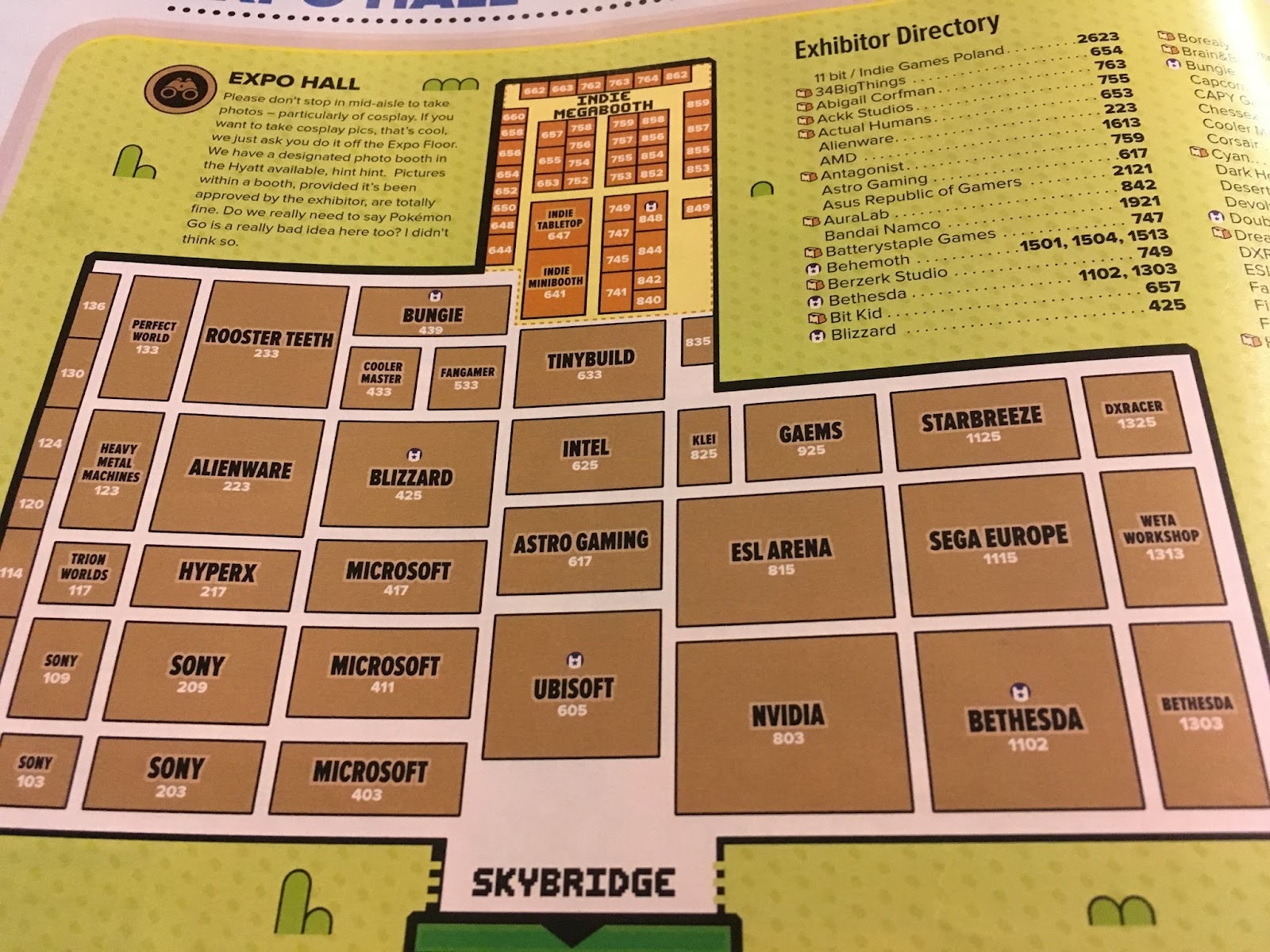 I was  given a few weeks to prep. A few weeks you say? PSHAW!  I didn’t need that for ComiCon. Little did I know that this was a whole different mod. But what exactly makes PAX any different from ComiCon?
EVERYTHING. 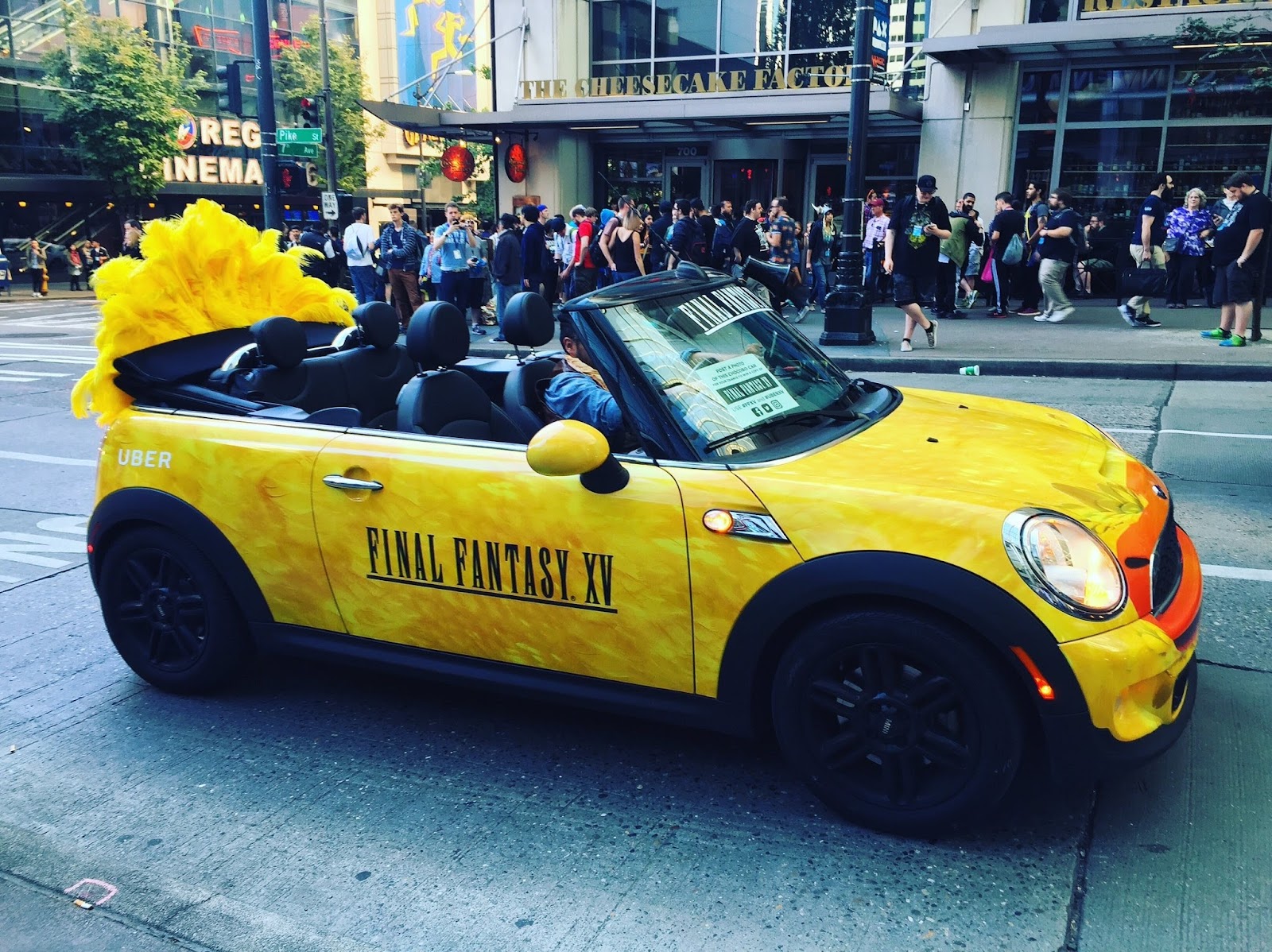 First the schedule is posted on the amazingly designed convention app, but, NO, that doesn’t mean it’s set in stone. Not until you show up at PAX and  are given the lusciously designed schedule. Even THEN it’s still loosey-goosey and specific panel timeslots can be…massaged. AND THAT’S OK! We are gamers, after all. We roll with it. Between the PAXWEST mobile app and the main website filled with schedules, maps of all the venues, shuttles to all the hosting hotels, event panels, concerts, professional security staff, and SUPER friendly volunteers.  They are ALL there to help sprawling, heaving mass that’s attending Pax West.
( Got a place to go to? Grab a ride on one of these Chocobo themed Uber setting out to get all PAX attendees to where they need to go) 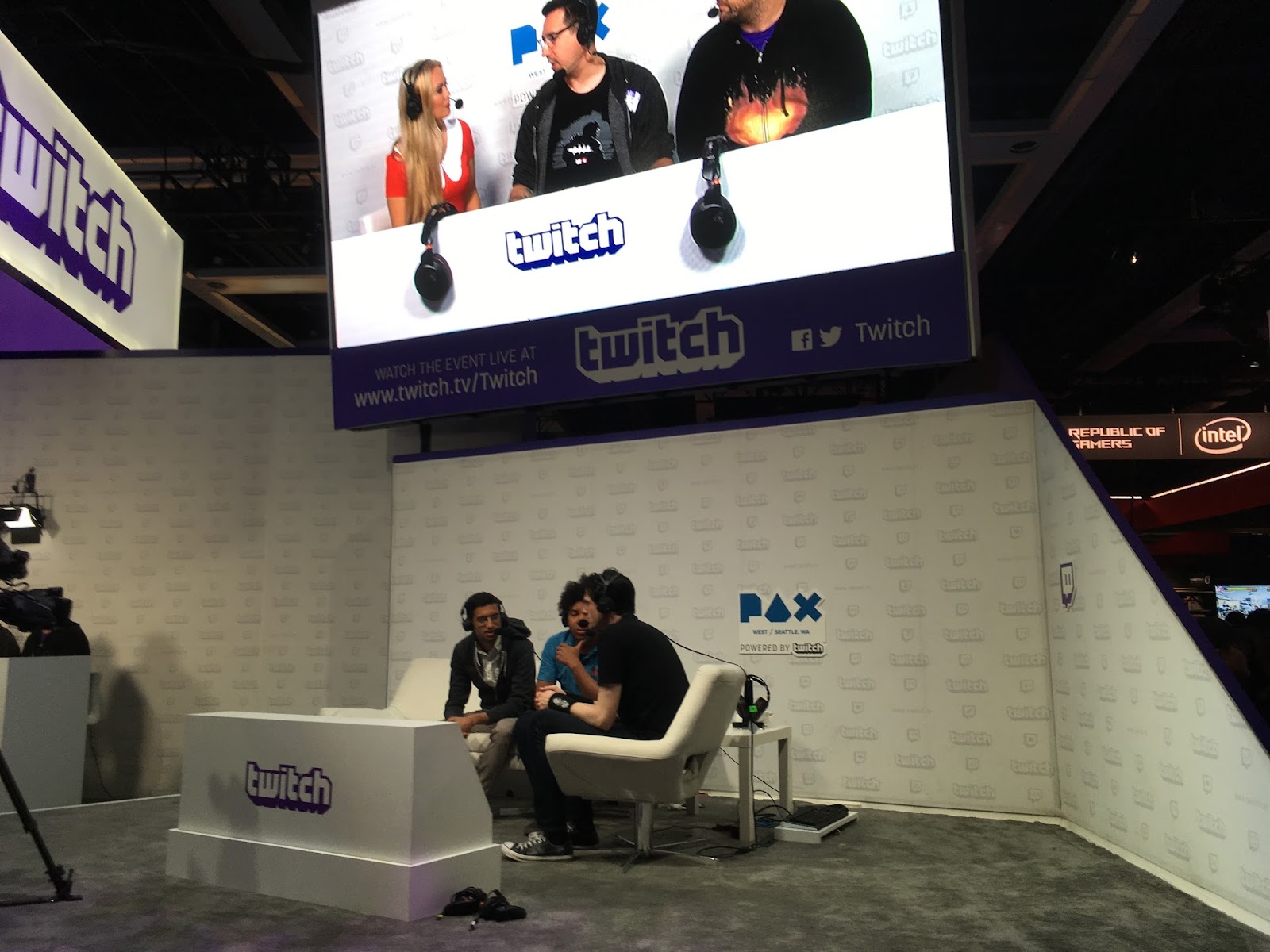 Situation:  You’ve been in line for 90 mins to experience a VR game or are in line for yet another awesome panel with Chris Perkins or waiting for your tourney to begin but there’s another panel happening at the same time? You can watch Twitch, the official Twitter feed and other various social media outlets which are constantly updated with streaming showing panels, interviews, concerts, or events in case you’re at another event. Super convenient. Right?
ProTip: download the Twitch APP the same time you’re downloading the one for PAX.
The bottom line is that, you’re always in the know, you just need to know what you want. Information is available and it is amazingly organized. I soon found out that 2 days just isn’t enough to experience it all. By the same token, by the end of my second day I was literally eating coffee beans just to survive. I wish I was kidding, but I’m not. Fantastic right? 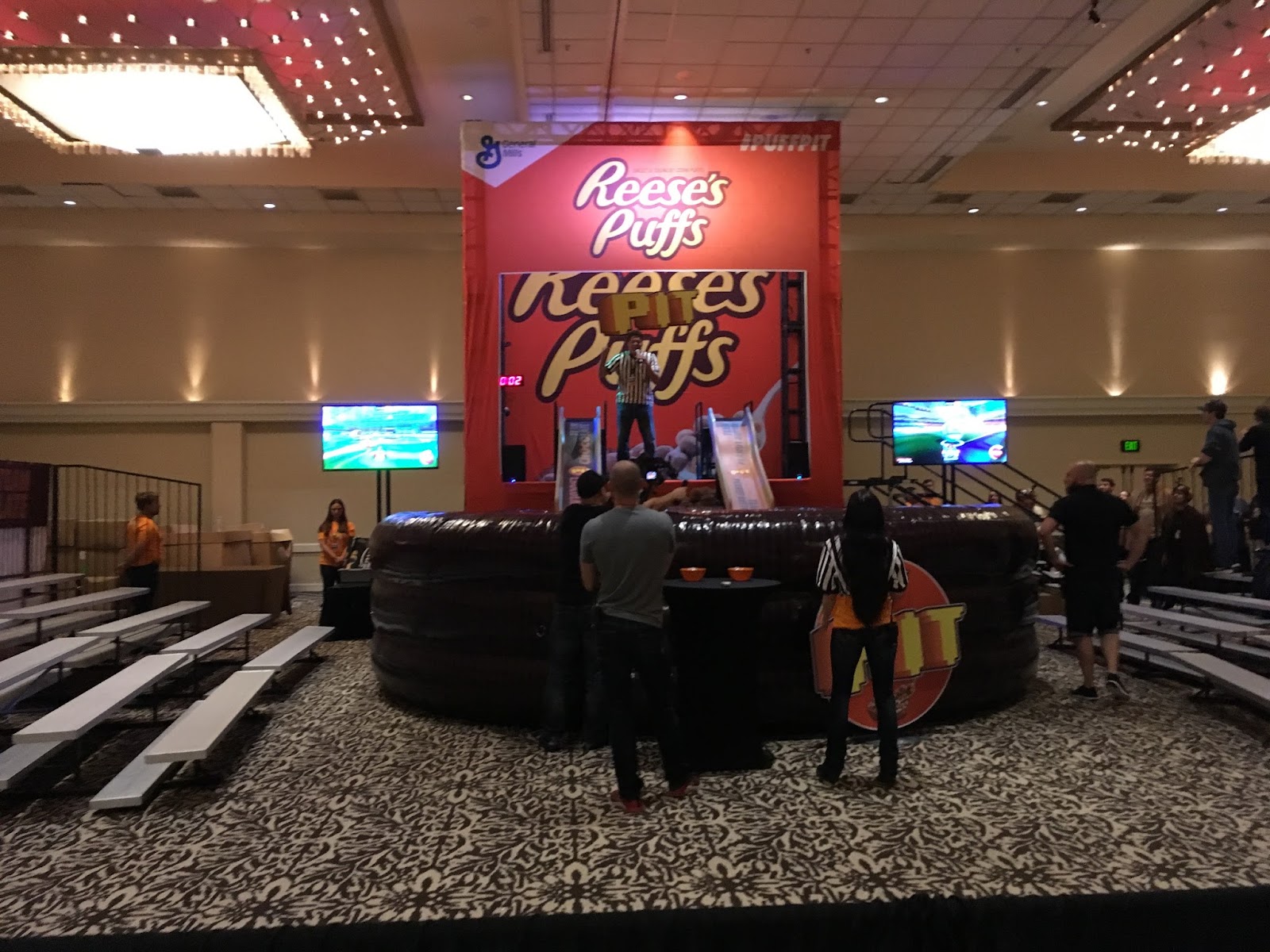 Round 2: The Experience
The first day, like most conventions, is the day to get the free swag (due to limited quantities). Puff cereal, swag bags, my God, the PINS. I also spent that time just absorbing it all, the ball pits, the sights, the hands-on activities that all the booths offer.
Also what I have now called hurry up and wait for 2hrs for 15 mins of sheer pleasure. As I mapped out my activities I noticed that the air was different from ECCC (Emerald City Comicon). There was a more serious, quiet vibe. I’m not saying that PAX is not kid-friendly (quite the opposite! I did see many expansion packs running around and participating squeeee) but it was clearly a different atmosphere. Again, respect. Diversity was celebrated and all gamers were respected no matter their IRL bodies or their VR avatars.
In this respect, it was very similar to ComiCon’s celebration of animation and everybody, PAX represented a genuflection to gaming culture. It was representative of the mutual respect that content creators and consumers have. The years have proven that the line between the two have blended softly and, through the blur, a distinct mutual understanding of what it is to play games, to co-create the experiences that spice our lives, that it’s more than a crass money-grab. It’s camaraderie. It’s respect. It’s passion. It’s love. 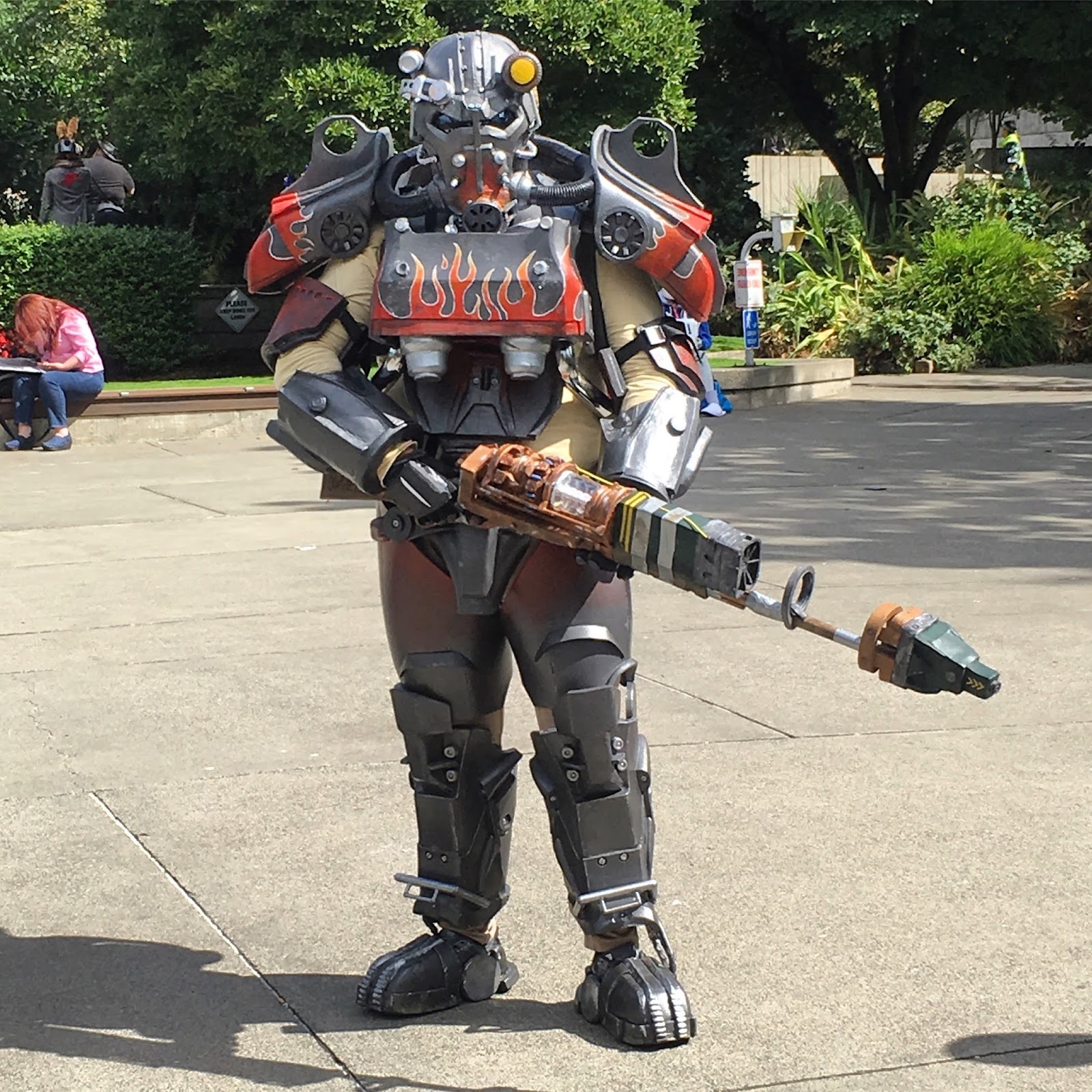 *Ahem*Right, Where was I? Oh what about Cosplay?  While there was some cosplay at PAX but it paled in comparison to what you would see at ComiCon. More or less, while fangirling was appreciated at PAX, the gamers were really there for the games and the community.