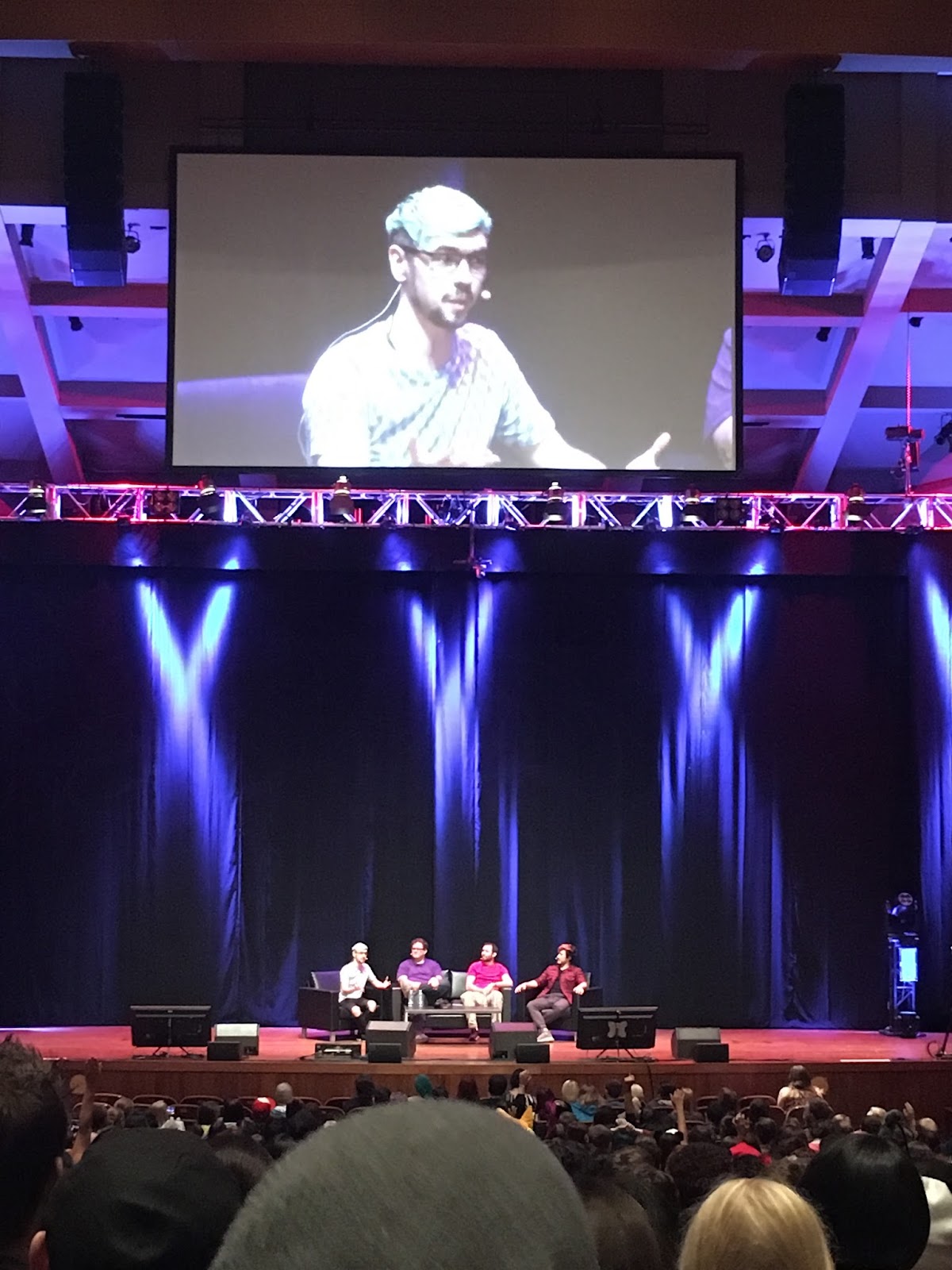 Round 3: The Interaction.
VR
I’ve heard that previous…PAX-es…featured  VR experiences in about 1%-2% of demonstrations. This year it was definitely higher than that. Personally, I was lucky to experience both DOOM and Fallout 4 in VR at the Betheseda Booth and it was mind-blowing. Head_asplode.gif Honestly, for being a glasses wearing individual I’ve been dragging my feet on experiencing VR and after this weekend I’m all for it. The controllers were sleek in design and light (They used the HTC Vive for those keeping score at home). I was  warped like Neo into a world I’ve only experienced with hand-held controllers/keyboards and before I knew it I was popping caps in the heads of mindless post-apocalyptic zombies. Beware your friend who’s 5ft away and lets the controller slip out of his hand into your face so that you flinch and face-plant into the wall. Please exercise caution.

Here’s a list of what was offered in VR at  this year’s PAX West, and sadly did not get a chance to experience :

PANELS!Much like #ECCC or any ComiCon there’s always going to be a fair share of panels & events. There were ones for parents, would be designers, would be storytellers, music-makers… the list goes on and on. 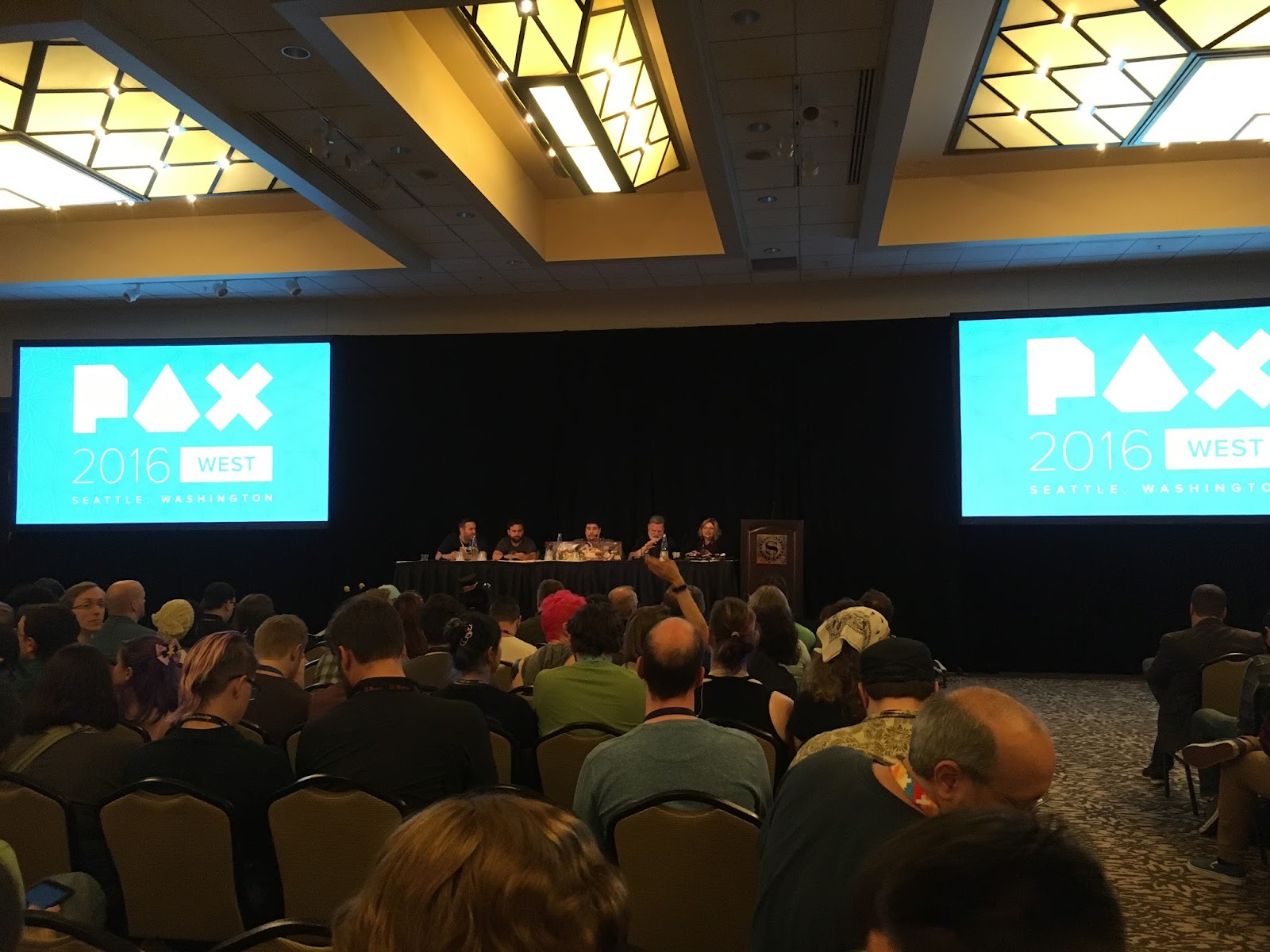 Yes a lot like ComiCon, which is nice, but the themes presented have a level of sophistication that ECCC lacked. Less for fandoms, more geared toward genuine learning and growth.That’s not to say there was no fangirling.
Let’s be clear. I couldn’t  forget the panel with my teenager’s favorite Youtubers
(jack septic eye, mark markiplier and so on…). 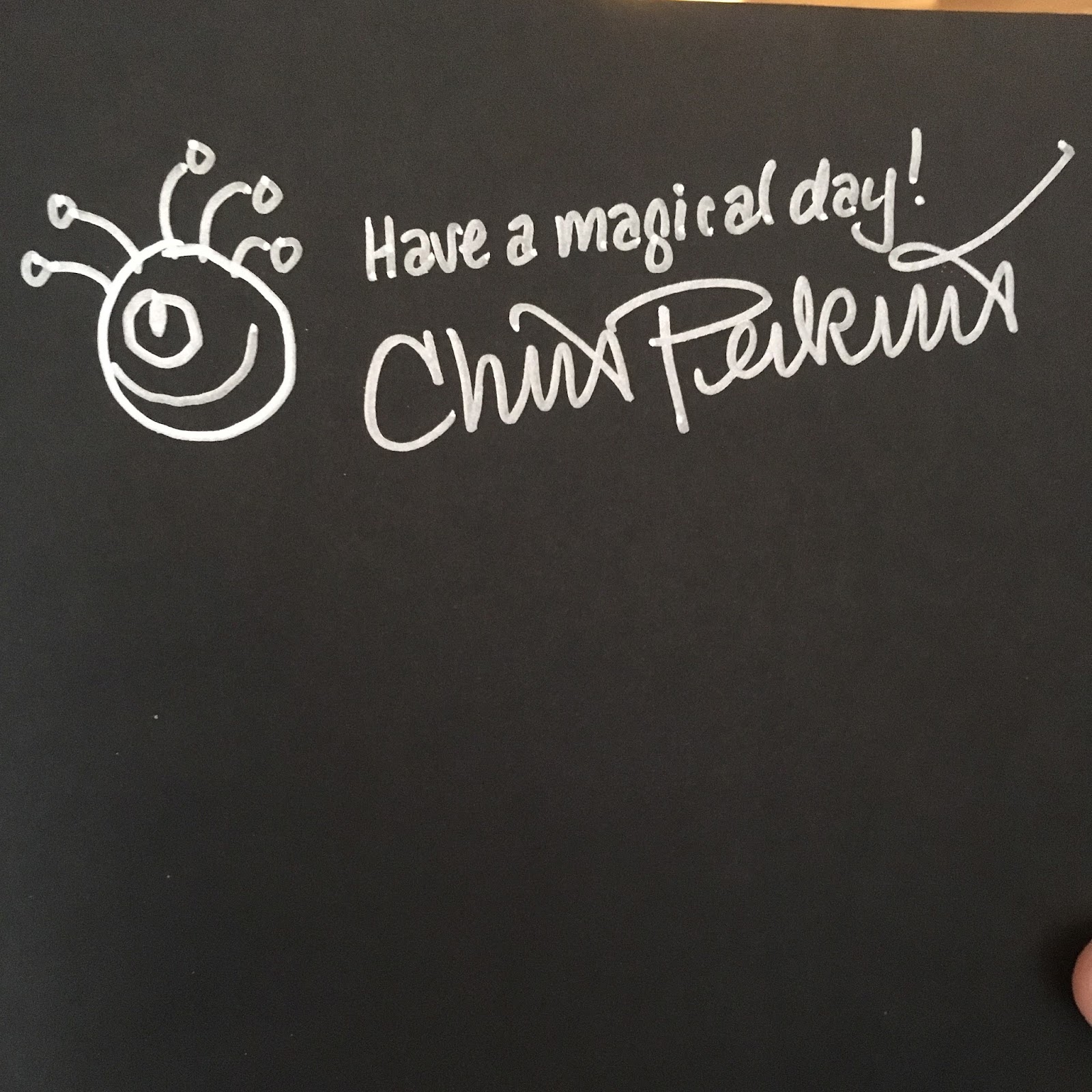 Nor could I miss my own personal favorite Dungeon Masters like Chris Perkins or Scott Kurtz from Table Titans (who by the way will have his own podcast debuting sometime soon so keep your ears out for that). Speaking of both Chris Perkins and Table Titans, they held their much anticipated Acquisition Incorporated eventlive. They even streamed it to movie theatres across the nation. It will be interesting to see how that endeavor fared. If you’re like me that was part of the sad group of minions who couldn’t watch it, keep your eyes out for the replay on Twitch.

This is where I was grateful for Twitch tv replays of certain panels, because considering how spread out PAX really was I sadly wasn’t able to go to  them.